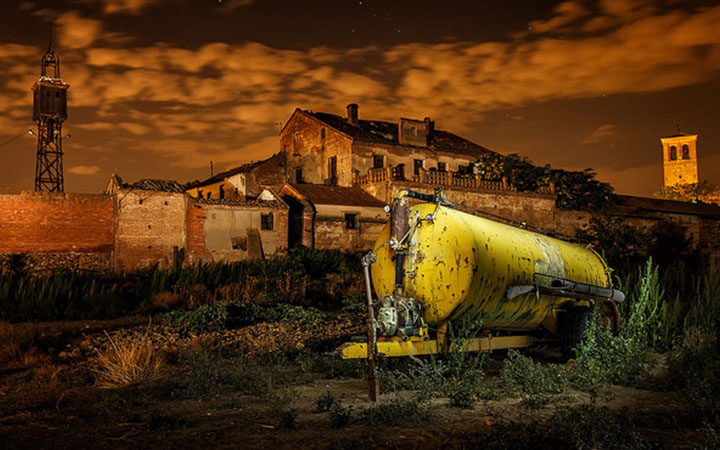 Investing in a Spanish ghost town: the prices are rising

In November 2018 we wrote more about the Spanish ghost town. Empty villages with semi-finished houses that cannot be sold. A few months later, El País writes that prices for such villages are only rising. More and more buyers, and especially Spaniards themselves, are investing in such properties. Since the prices are now (still) incredibly low, is it all the more interesting to strike quickly. Provided you are interested in a (long-term) vacant home, or a concrete skeleton.

There are around 3000 such developments in Spain. In particular in Galicia, Castilla y León, Aragón and Asturias. Unfinished developments, often built on farmland that was bought up just before the crisis. Various (semi-finished) houses, sometimes only frames and concrete skeletons, for which no buyer can be found. Although many cannot be sold due to the lack of basic documentation, there are hundreds on the market looking for a new owner.

And yet a new market is emerging in Spain. One that has traditionally been dominated by Belgian, British and French buyers. Such enclaves increasingly get a second chance. Precisely because, after years of languishing in forgotten enclaves, these ghost towns are once again popular. In fact, although 70% of customers come from abroad (in particular the British, Belgians and French), more and more Spaniards are buying such a home.

Although Spaniards accounted for less than 1% a few years ago, they now account for 30% of purchases of vacant properties. This often does not involve the purchase of a single house or holiday home, but directly an entire village. For example, a banker recently purchased a whole complex outside of Lugo, consisting of 6 properties for only € 60,000. And that with a total area of 15,000 m2.

Grants from the government and the European Union can put an end to making this an attractive rural accommodation. Although most villages are in a complete state of decline, they require an average investment of € 500,000 to € 600,000.

In addition to individual buyers who invest in a farm, tourism or simply want to live in the countryside, there are also companies and large investors interested, especially from Arab countries and Russia. Although it remains the individuals who still provide 70% of the market sales.

Why investing in an empty village?

The purchase of home is a Spanish ghost town is not interesting for the short term. Many homes have been vacant for so long that the previous owners no longer live. The children who are saddled with the legacy now sort their papers to bring their abandoned houses or total hamlets onto the market. Prices rise – between 5% and 10% in some cases. Since there are now more parties helping such owners, the price increase is not even that surprising. There are several agencies that want to help the interested buyer with the documentation. They try to breathe new life into the hamlet.

Investing in an incredibly inexpensive complex, refurbishing it and thus delivering it for yourself or for tourism is so interesting. The chance that it will generate a profit is extremely high. An investor only needs to remember that it is a hugely time-consuming process. The location always plays a role, because no matter how beautiful your dream house is, the infrastructure and facilities are by no means always available.