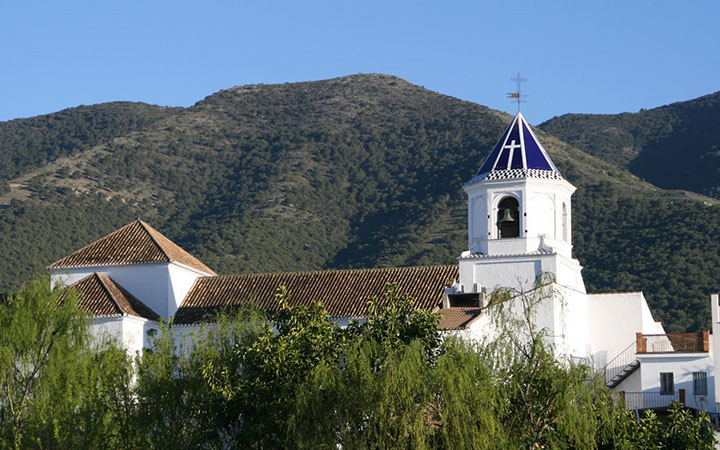 A hidden treasure with wonderful possibilities: Alhaurín el Grande. A quiet village in the province of Málaga, part of the famous Costa del Sol.

There is sometimes a confusion around the name ‘Alhaurín’. That is mainly because there are two towns that bear the same name, but El Grande and De La Torre are not the same villages. However, they are less than 15 kilometers apart. In this case it is specifically about Alhaurín El Grande. Typical of both places – for more similar towns in the area – are the Moorish influences. The term ‘Alhaurín’ therefore means ‘Garden of Allah’.

The city is located just over 30 kilometers from the main city of Málaga and 18 kilometers from Marbella. In the middle of a quiet environment, especially compared to other cities in the vicinity.

The town with about 25,000 inhabitants is located at the foot of the mountain Sierra de Mijas. From the city you have a view over the valley ‘Guadalhorce’. The beautiful green hills can be seen from various squares in the background. In the surrounding area you can discover a landscape consisting of olive trees and citrus plants.

In Alhaurín there are many Moorish influences, but the place has been in the hands of several ‘peoples’. Most traces of architecture and excavations appear to be Roman and Moorish relics. The Visigoths, Greeks and Phoenicians have also left their mark on the area. However, they are the Moors who founded the city. In the time before it were the Romans who built various villas. Architectural remains can still be found and many coins and ceramics have been found. When the Moors arrived, they founded a fort on the hill called Torres de Fahala. The village around them got the name Alhaurín. Since the same Moors also did this for the nearby Alhaurín, later ‘El Grande’ was added to the naming.

Alhaurín is – unlike multiple hotspots in the Costa del Sol – a quiet village, where there is a lot less tourism. That is why the typical Spanish character has been preserved. This can be recognized by, among other things, the typical white houses, which can also be seen with Casares, for example. Impressive buildings that are worth a visit are the old San Sebastian church and the Church of our Lady (Iglesia de Nuestra Señora de la Encarnacion).

Also the Casa Consistorial (the Town Hall) and the ancient traditional water mill (Molino Morisco de los Corchos). This water mill was built in the fifteenth or sixteenth century and was initially used to grind wheat and other grains. Later also for the grinding of cork for the export of grapes.

The inhabitants are mostly found on the squares, where they drink coffee and come together to chat. There are several local restaurants where they serve the best regional dishes. Incidentally, in Alhaurín (but also in the region) there are several festivals, some religious in nature, which are very worthwhile to visit.

Alhaurín is not the most favorite place for a second or holiday home. Nevertheless, there are several complexes in the vicinity. The big advantage of such complexes is the quiet natural environment. There are also several large golf courses in the area, so golf enthusiasts can fully enjoy the green environment.

One of the complexes is Alhaurín Vista Golf, a beautiful new complex that lies directly on the golf course and in the middle of the Sierra de las Nieves nature park. This modern and brand new residence is surrounded by nature and just minutes from Alhaurín el Grande. In addition, only 20 minutes drive from the best beaches of the Costa del Sol. Discover for yourself the possibilities of living in Alhaurín.