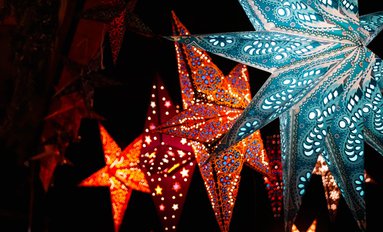 Even in the winter months, a visit to the Costa del Sol is anything but boring. Thanks to its favorable climate you will experience sunny holidays here. The Christmas days on the Costa del Sol are very atmospheric. Streets full of lights, cheerful songs and endless delicacies provide an absolute Christmas feeling. Read more about Spanish Christmas traditions below. Feliz navidad!

Christmas is a time of traditions. In Spain, Christmas lasts from December 24 to January 6. In principle Spain only has one Christmas day. Some parts of the country also has a Boxing Day. The Christmas festivities also involve Noche Vieja, the traditional New Year’s Eve celebration. But Reyes Magos, or Epiphany, on January 5 and 6 is also one of the Christmas festivities. Earlier we wrote about the holidays in Málaga. You can find some Spanish Christmas traditions below.

Traditionally, Christmas starts on December 22 with the Christmas lottery “El Gordo”, which means as much as the Fat. The name refers to the enormous amounts of money that can be won. Children sing the winning numbers, after which all of Spain celebrates.

The states of the Basque Country and Navarre have their own Santa Claus, the Olentzero. According to tradition, children have to draw pictures of the regional Santa Claus and sing songs. This way, the children are guaranteed to receive gifts from the Olentzero on December 24.

3. The Christmas tree trunk in Catalonia

In the autonomous state of Catalonia there is a tradition called “Tió de Nadal”. Today, the Tió de Nadal is presented as a tree trunk with legs, a red barretina (Catalan cap) and other elements that create a smiling face. According to tradition, from December 8, children must provide the Tió de Nadal with food every day and basin the tree trunk with a red blanket. On Christmas Eve, the tree trunk is placed in the fireplace or hit with a stick while songs are being sung. Children then receive small gifts. The big gifts come later with Epiphany.

Traditionally, the Spaniards place their nativity scene in the living room on December 8. Usually this is a fully equipped nativity scene. This is also often accompanied by setting up the Christmas tree. In many towns and cities you will also find large nativity scenes in the streets, complete with real animals and actors. These nativity scenes can often be found in a central square with a Christmas market at the same time.

5. The jokes and fun day

On New Year’s Eve, twelve grapes are eaten with the beats of the bells. By eating these lucky grapes you start the new year well, or so the tradition says. Just like in many other countries, New Year’s Eve is broadcast on television. On the Puerta del Sol in the heart of Madrid, New Year’s Eve is celebrated with a sphere that descends above the town hall.

On January 1, just like in the Netherlands, a New Year’s dive will be organized in many places in Spain. The intention is to dive into the sea to start the new year with happiness. The Spanish New Year’s Dive is held in many places, including the Costa Brava, Costa Dorada, Costa Blanca and Costa del Sol.

Epiphany is still very big in Spain, with big parades on January 5 and the day of the gifts on January 6. On January 5th it is a tradition to go to one of the big processions called “Cabalgata de los Reyes”. The three kings then throw candy at the children present. It is a tradition for children to say goodbye to the Epiphany and hand over their wish lists.

On January 6, the children will finally receive gifts. Early in the morning the children rush to the Christmas tree under which the presents lie, with a bit of luck the ones on the wish lists.

During Epiphany it is also normal to enjoy a Roscón de Reyes, a round cake often filled with whipped cream and two hidden gifts in it. The first gift is a figure that, when in your piece of cake, makes you king / queen on that day. However, if you find the other gift in your slice of cake, then you are condemned to buy the Roscón de Reyes next year.

After Christmas, New Year’s Eve and Epiphany, the festivities are over. However, for many, the party only starts after Epiphany with the traditional winter discounts on January 7.