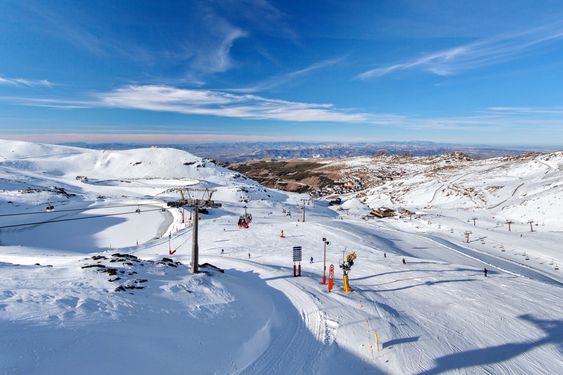 When it comes to winter sports, many people think of places like France and Austria, but also in sunny Spain you can ski and snowboard well. The Spanish Pyrenees offers you no less than 520 kilometers of ski slopes and 7 excellent options. The most famous area in Spain for winter sports is Sierra Nevada in Andalusia. After a day of skiing, you can enjoy tasty tapas and a glass of sangria during après-ski.

When you think of Spain you probably immediately think of sun, sea and beach. But did you know that you can also enjoy a winter sports holiday here? For example, skiing in the famous Sierra Nevada is a wonderful experience for (experienced) skiers and snowboarders. Here is the highest point at 3300 meters and especially the Spaniards themselves know this area.

Travel organizations hardly offer ski holidays in Spain. If you want to go on a skiing holiday in Spain, you will have to organize it yourself.

The most famous Spanish ski areas

Below you will find some of the best known and most beautiful ski areas in Spain.