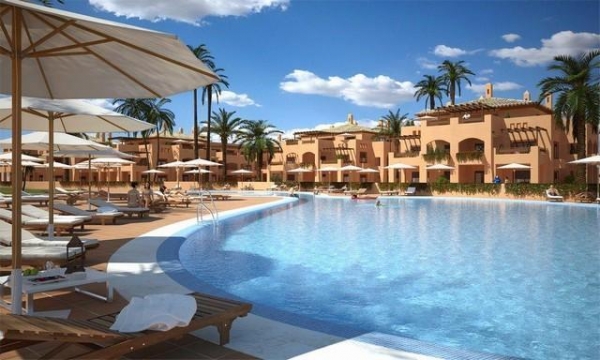 The final quarter of the previous year has been closed with the biggest percentage of purchased properties by foreigner. This was namely 13.6% of the purchased properties of that year. During 2016, 13.3% of the purchases were conducted by foreign buyers, which corresponds to the number of 53.000 dwellings. Regarding the nationalities of the foreign buyers in the final quarter of 2016, the British are the leaders of the market with 16.4%, while this percentage is lower than that of the same period in 2015, where the stake of the British in the sales of properties was 24%. Besides the British, there were also other active foreign buyers in the Spanish property market in 2016 with significant shares. The Germans with 9.2%, the French with 8.5%, the Swedish with 6.4% and buyers from Belgium with 6.3% of the total market. Regarding the total number of purchases in 2016, the top five foreign buyers are; 1. The British (19%), 2. The French (8.05%), 3. The Germans (7.69%), 4. The Swedish (6.72%), 5. The Belgian (6.03%). In addition, the buyers from the Netherlands had a share of 2.46% of the total market in 2016.

The mortgage debt per household showed a decrease of 1.9% on a quarterly basis, which resulted to a total amount of 112.173€. The average mortgage debt in 2016 was 111.656€. This lead to an increase of 2% compared with 2015. Moreover, the number of provided mortgages with a fixed interested rate was 31% which is simultaneously the highest peak for such mortgages. This is also the reason why the mortgages which are based on the EURIBOR benchmark index decreased till 67.7%. In addition, the mortgages with initial rate remained stable in the final quarter of 2016, which resulted to an average increase of 2.4%. Regarding the period of the issued mortgages, it decreased till 23 years and 2 months.
It’s very profitable to finance a property through a mortgage loan. The monthly mortgage costs are continuously decreasing. For example in the last quarter of 2016, the monthly mortgage costs were 524.7€. This was 1.7% lower than the third quarter of 2016. In addition, this decrease took place, while the percentage of the monthly mortgage costs decreased with 0.45 percentage points in comparison with the average income. Moreover, the yearly results of the mortgage costs per month were lower than before, 522.6€ per month.

In general, 2016 has been a positive year for the payment of the mortgage loans in comparison with 2015. Less and less properties that are financed with a mortgage loan are considered to be repossessed. This means that the mortgagors are able to pay back their loans. In the final quarter of 2016, 9.533 dwellings were considered for repossession. This is a robust decrease of 32.8% regarding the fourth quarter of 2015.

Concerning the origins of the persons, 92.6% of the dwellings that were considered for a foreclosure were possessed by domestic buyers and 7.4% by foreign buyers.
In total, in 2016, 39.748 dwellings were eligible to a foreclosure. This is a decrease of 33.9% in comparison with 2015.

Regarding the final quarter of 2016, the number of dwellings which was considered to be repossessed by banks was 32.3% less than the same quarter of 2015. Out of these repossessions, 86.9% were conducted upon domestic buyers and 13.1% on foreign buyers.