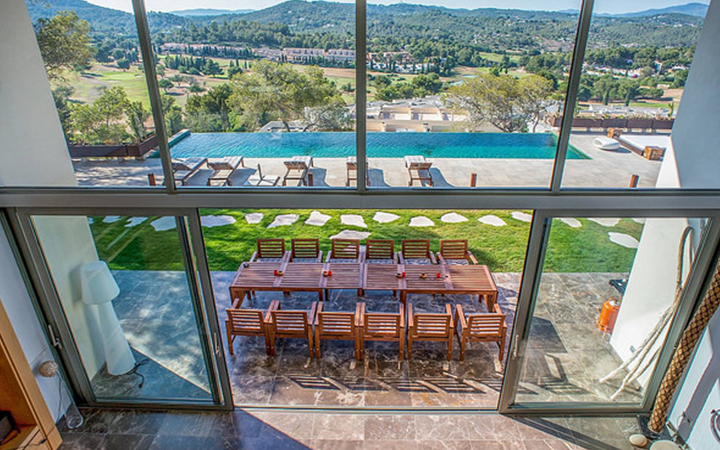 The real estate sector in Spain was able to record double digits in the past three years. The strong growth in housing and housing prices are showing this. The future is still uncertain, but if this positive trend continues – both because of the recovery of the Spanish economy and the healthy real estate market itself – then expansion is an option.

The real estate sector is crucial for the Spanish economy, both from a macroeconomic perspective and because of the large contribution to gross domestic product (GDP). Also in economic terms for families, since the house is often the most important property of households.

Spain is also one of the European countries with the highest percentage of homeowners (77% compared to 66% across Europe). Even while the recent economic crisis has made it more difficult for young people to buy their own house. The real estate sector is still of vital importance for the economy. Although capacity has been strongly adjusted over the past decade, the construction sector still accounts for 5.8% of GDP. In addition, 6.2% of Spaniards are employed in this sector.

After a difficult period, we clearly noticed signs of recovery for a while. The annual housing turnover rose by an average of 13%, new building permits tripled and house prices rose by 24%.

The most recent data show that house sales have reached normal levels. 500,000 Units were sold in August 2018. This gradual normalization can be interpreted as a positive signal. Sales increased by 11% this year, slightly below the 2017 level of 15.4%.

Improvements in income, employment and financial circumstances also contribute to the total increase. Especially Spanish households are now in a much healthier financial situation. That is why the number of mortgages has also increased by 8.5% in 2018, compared to the previous year.

A major influence on the recovery of the real estate market is the demand for housing by foreign buyers. Foreigners were responsible for 17% of all purchases made between 2014 and 2017. This factor could decrease somewhat in the coming quarters as a result of the slowdown in the tourism sector. From the point of view of an international investor, however, the Spanish real estate sector is still very attractive.

Investments in residential construction rose by 6.5% in Q3 2018 on an annual basis. In addition, the number of new building permits has tripled over the past four years. But, as we noted earlier, the current number of new homes to be built is far below the supply. The demand is so great that insufficient housing can be built. For that reason alone, it is logical to note that the real estate market will only expand in the coming years. 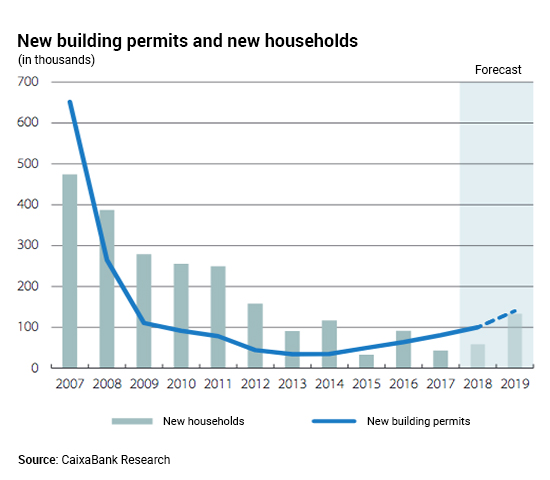 Earlier in our findings for the absence of a real estate bubble, we discussed this prediction. In a way, CaixaBank Research finds the same thing. In the coming 5 years – although we talked about 2021 earlier – we can expect growth. House prices will rise to 5% in the coming year. The recovery is particularly visible in the well-known regions and large cities. However, the big problem remains the slowness of construction.

The prospects for the Spanish real estate sector in the coming years are promising, although of course we speak of caution. The crisis is still too fresh in the memory.