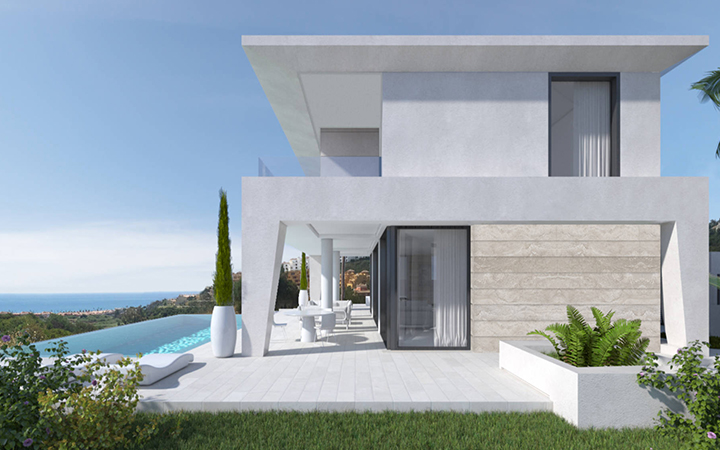 If you currently open an account, you do not have to think about it. But imagine withdrawing money in Spain before the launch of the euro. Bring your purse with you, because stacks of money and 10,000 bills are no exception. In The Netherlands you would feel unsafe carrying around such amounts, but not in the old Spain. And why would you? For a thousand you could not even have taken a cab. Because the converted money translates to roughly six euro.

Luckily, Spain has been part of the Eurozone from the beginning. This makes it easier to get started in Spain. Especially when you are thinking about moving here. A Spanish bank account could be easy to have in some situation, however, in other situations this will be obligated. Receiving income or buying a house will not be possible without a Spanish bank account.

In Spain, it is possible to open an account as non-resident or as resident. During the first three months of your stay, you will not be acknowledged as a resident yet, but after three months you officially are a resident of Spain. Residents have the possibility to apply for a credit card as well and they have the ability to exceed the overdraft limit. If you are not interested in these features anyway, it is relatively easy to open a Spanish bank account. The reason that Spain differentiates the account holders into residents and non-residents has to do with the tax laws. Residents pay tax to the state of Spain and non-residents pay their own government.

The minimal age to apply for a bank account is 18 years old. The only thing you need for this is your identification, a living address, a prove of your current working situation and a certificado de no residencia; a certificate that proves that you do not live in Spain. This can be requested at local police stations. Residents of Spain do not need this number. However, they do need a número de identification de extranjeros nodig, called a NIE-number. This is the Spanish variant of the Dutch BSN-number, a citizen service number. The number is necessary for a lot of official things, such as getting insurance or applying for a driver’s license.

It is normal for the Spanish to have different kinds of bank accounts. For example, the cuenta nómina (paycheck account) that is only used to receive salary. And the cuenta ahorras (savings account) for saving. The cuenta corriente is used as a current account. This is a very simple account that is used for the daily payments. This debit account comes with a debit card, a tarjeta de débito. These sorts of accounts have different names at different banks, so keep that in mind when comparing.

The costs for opening a bank account in Spain differ per bank. Opening a basis current account is usually for free at the biggest banks (BBVA, CaixaBank, Bankia). They long for a financial activity of 600 euro every year, otherwise they will charge the user anyway. Since a lot of bank account users probably spend this amount monthly, these account will be considered free accounts.

The use of a credit card is also for free, at a lot of banks. Bank users that already have a current account, can sometimes open a credit account for free. At other banks, this amount can increase to 43 euro per year, or the bank only charges a fee (34 euro) if the yearly financial activity is beneath 5000 euro. As long as there is financial activity, the Spanish banks are cheaper than the Dutch banks. They will check you regularly though. When no income is generated, a fine is charged.

Differences is paying between Spain and The Netherlands