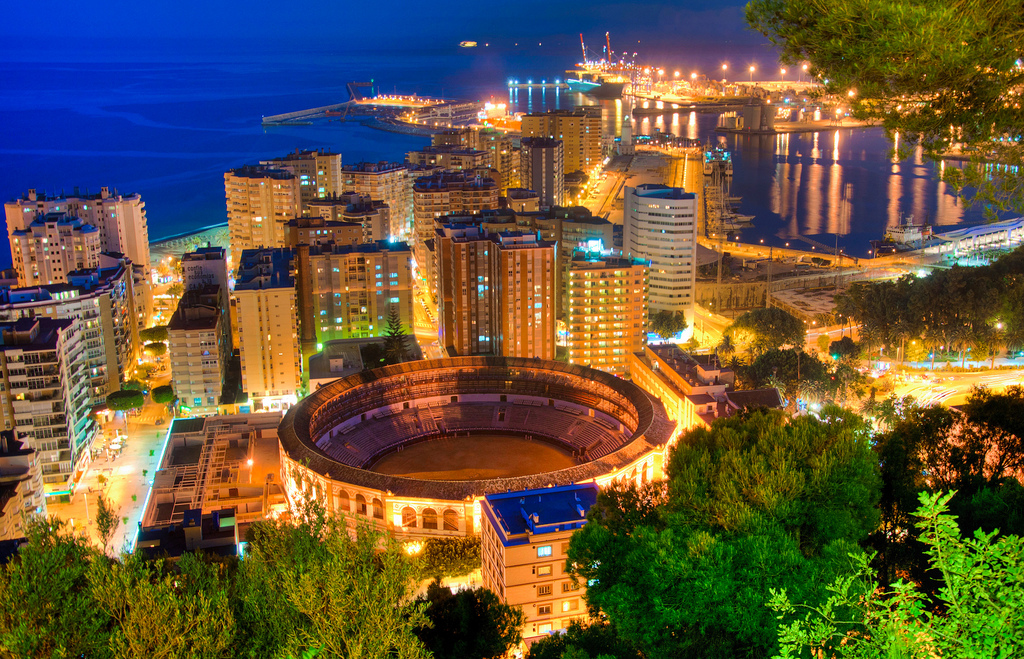 The secrets of Málaga City

Spring and Easter in Málaga

In the spring months – when the first sunshine warms Andalusia – interest in the southern Spanish city is growing. Holidaymakers who have spent the winter months in the Costa del Sol understand this like no other, but travel bloggers are currently writing more and more articles about the love for Málaga. Ideal for a (short) city trip. Especially during spring time, because when it comes to tourism, this city is not yet overcrowded.

During Semanta Santa, the week before Easter, is also known as ‘Holy Week’ many breathtaking processions take place in the city. Not only in Málaga, but also in other cities such as Seville. Why we emphasize this is because according to the experts this is the week you have to visit in Málaga. For the Málagueños this procession, the most important celebration of the year. During each procession members of a brotherhood carry a ‘trono’ with a picture or statue of Christ or Mária (La Virgen). The routes can take up to 5 hours and continue until nighttime. A must-see for when you visit Málaga in the spring.

The city is gaining popularity, certainly because several culture enthusiasts would like to experience events like Semanta Santa. Nevertheless, tourism figures show us that Málaga is lagging behind popular cities such as Barcelona and Madrid. Those who discovered the city believe Málaga is underrated. It is a city with so many artistic and cultural attractions and excellent tapas bars.

The rich history of the city hides secrets from the Moors, such as the Alcazaba Málaga – the Moorish fortress and palace used that lies on the slope of the Gibralfaro mountain. Many visitors do not even realize that Pablo Picasso was born in Málaga. The Picasso Museum, located in the Palacio de Buenavista, the historic Jewish center, houses 200 artworks of the Spanish painter from his early and later period of painting. Málaga is also a real museum city. Not for nothing Málaga is called ‘Cuidad de los museos’, because of the 29 museums of which the Centro de Arte Contemporaneo is the most important. And do not forget to visit the famous Plaza de Toros ‘La Malagueta’; the sixteen-sided arena where traditional bullfighting takes place. Whether you are in favor or against it: a visit, including to the corresponding museum, is very worthwhile.

As we already described in the previous passage, religion is important for the inhabitant of Málaga. Actually this applies to the whole of Spain. The beautiful cathedral on Plaza del Obispo is well worth a visit.

But relaxation can also take place in other forms. Local residents, but not only tourists, look forward to the diversity of shops, bars and infrastructure. Shopping streets and centers enough, busy harbour where there is a lot to experience and transportation has improved over the past 10 years. And in addition to the cultural tourist, Málaga is of course popular with sun lovers. Málaga is located on the Costa del Sol and has one of the most beautiful beaches in the region. Normally a lot of vacationers skip Málaga and travel directly to neighboring places, such as Torremolinos and Benidorm. However, this is in a way unfortunate.

The increasing popularity in the city is reflected in the interest in the housing market of Málaga City itself. Málaga is not only visited during a city trip, home buyers also see the city as the ideal place to buy a second home. In the centre however, it is hard to find an ideal new construction project due to the housing crisis. For instance, the interesting projects are located in neighboring cities or in the east (Vélez-Málaga). Yet there are several buildings and complexes that will be transformed and reused into new lofts and homes.