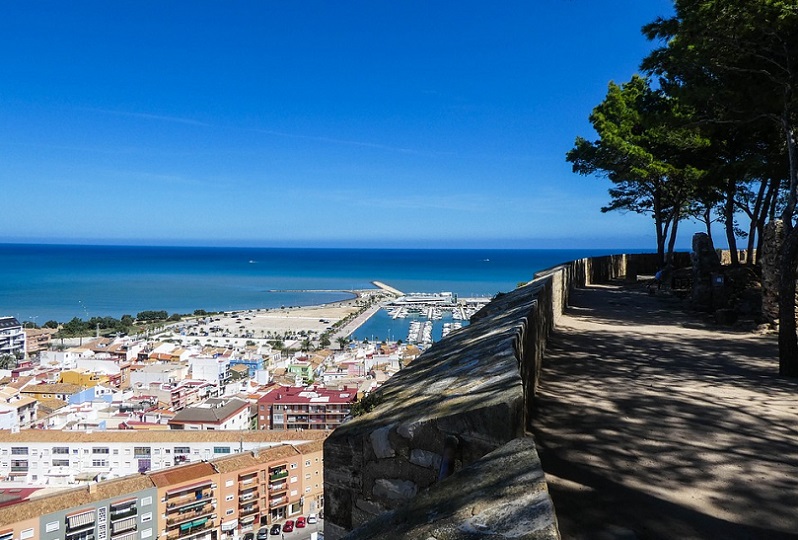 Buying a second home is also becoming more and more interesting for expats. These are foreigners who move abroad for a short period because of their work. The term can go up to several years, but more and more expats who live in a certain city, search for a permanent residence for the future. Similarly in Spain, where the city of Dénia is very interesting for expats.

Dénia is a small town on the Costa Blanca; one of the oldest to be found there. A typical fishing village with Moorish influences. Dénia is best known as a holiday destination, because of the climate and the beaches. Less well-known as Alicante and Benidorm, which obviously enjoy more publicity.

On the hill you can find the ‘Castillo de Dénia’: an originally Roman castle, but mainly with Islamic influences. The remains of the original Roman settlement are on display. It was built during the 11th and 12th century. During a period, it went through a lot of changes, so the building also has influences from the Renaissance.

Incidentally, the whole city is a wonderful piece of history. The marina is one of the most beautiful on the Costa Blanca with a busy atmosphere. Not only the place where the fresh fish comes in, but also serves as a port where boats can take you to the Balearic Islands.

In addition, Spanish cuisine is worthwhile and Dénia is a place for culinary delights. UNESCO chose the city as ‘Creative City of Gastronomy 2015‘.

The sea and the climate

The reason why Dénia is so popular is the introduction of Blue Flag beaches. Beaches that are appropriated by this label are unconditionally clean and extremely safe. In the vicinity are both sandy and rough beaches, so there is plenty to do, including for divers.

The climate is another way to attract foreigners. The advantage of areas such as Dénia is that it has a Mediterranean climate, it consists of very short and mild winters and long warm (but cool) summers. Because Dénia is a coastal city, there is also the advantage that it never gets too hot in the city.

A place like Dénia is a hotspot for tourists and expats, which means that local bars, restaurants, shops and other facilities are used to dealing with an English speaking population. So if you plan to spend any time there, life makes something a little bit more comfortable.

There are large communities for the expats and non-native speakers in the area. Even if that is the largest percentage of expats in Dénia is German. Among other things, an ‘intercambio’ course is advised, in other words a Spanish course, aimed specifically at expats.

That tourist appeal has another benefit: more and more properties. Many of the expats decide not to go directly to a purchase. Most of the houses are rented from the company they are working for. Yet men here in Dénia see a beautiful place to stay longer, also because of the presence of such communities. Also for Dutch-speaking expats of second house-seekers not uninteresting.