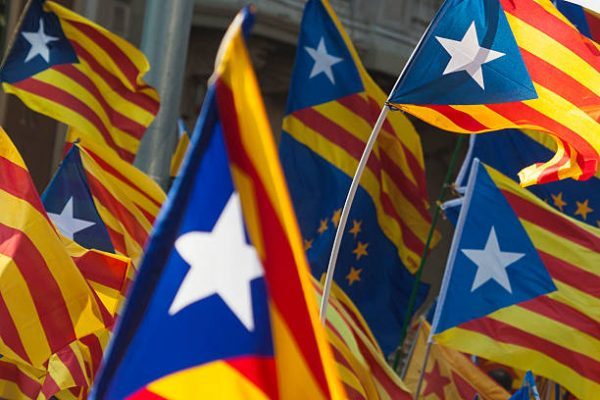 The eternal battle between Spain and Catalonia

The conflict situation between Catalonia and Spain has been going on for ages. Even in other countries, we hear about it in the news and we read articles about independency and autonomy. The Catalans have their own history, their own language and their own habits. A country within a country. With a potential move to Spain, you will end up in the middle of this situation. The ins and outs, you read here.

Catalonia has been independent in the past. The independent kingdom of Catalonia was formed with Aragón between the 13th and 18th century. The last years of this period were already tumultuous, but in 1714 Filips V had been crowned king of Spain and he started reigning over Catalonia too.

Spain consists of 19 autonomous regions, of which some are divided into provinces, of which there are 52 in Spain. Some autonomous regions have a strong independent language and culture (for example Basque language in Basque Country or Galician in Galicia). However, the feeling of independency is way stronger in Catalonia. It’s time for the Catalans to put the money where the mouth is.

In October 2017 the Catalans held a referendum concerning the independence of Catalonia. However, an autonomous region cannot part Spain without consensus of the Spanish government. This means that the referendum was forbidden, but the Catalan government still let it go through. With 90% of the votes in favour of independence, the people spoke.

The reason why Catalonia wants to become independent seems to be mainly economic. With its strong industry, tourism and many business establishments, Catalonia is responsible for 20% of the GNP of Spain. Especially compared to other regions, this is extremely high. The Catalans do not see this money back directly, because is it invested in the development of Spain.

The local governments of the regions are in charge of the media in Spain. This means that radio and television differs per region. Not all Spanish people hear the same new, which means that propaganda can be spread easily. The Madrilenians hear news about how the Spanish economy will collapse without Catalonia, the Catalans see articles about how their economy would blossom.

The subject is also food for politicians. By supporting the Catalans, a lot of Catalan votes can be secured. On the other hand, this means risking losing votes in other regions. With the eye on the coming elections, it is extremely important for the Catalans to vote strategically.

At first, the main thought is economic. Because Catalonia is a region with a strong economy, the main thought is that Catalonia as a country would survive. But the additional costs are not taken into account. There will have to be a new currency unit, a passport, an army and a tax service. Moreover, the security of the EU will disappear for the Catalans, which means that trade agreements and the free movement of people, goods and services will be ended. This means that companies might not want to risk doing business and trading with a new country. A lot of companies already move from Catalonia, so the business can continue when a possible independence happens.

Due to economic and political reasons, the Catalans would benefit from a EU membership. But all EU member states have a veto when it comes to agreeing to a new country. Because of the tumultuous history, it can be concluded that Spain would probably veto Catalonia.