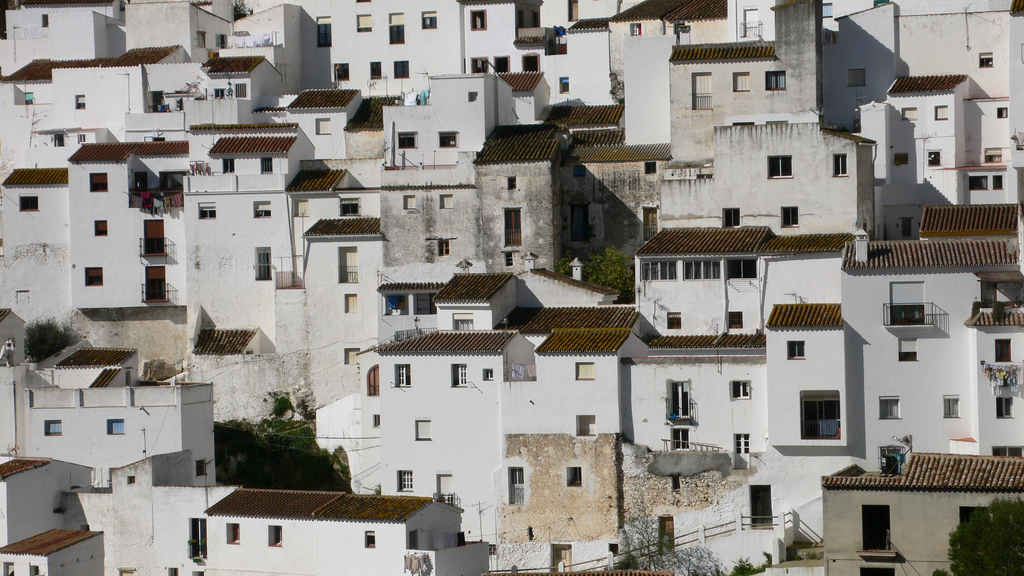 Casares, living in a white village

Casares, one of the hidden gems of the Málaga region, is not only interesting because of its historicity and appearance. Meanwhile, there are more and more home buyers who choose a second home in or near this town because of the uniqueness of this white village. What makes Casares so attractive?

Casares is a beautiful example of a village that you often see on a postcard. It belongs to the so-called ‘pueblos blancos’; the white villages that can be found throughout Andalusia. Countless houses with characteristic white walls, mostly red or orange roofs, and built on green hills. Often the villages consist of winding, narrow roads and of course a stylish church in the middle. These walls got their colour because the builders and residents put white lime on the walls. If you end up in one of these villages as a tourist, it seems as if time has stood still.

Casares has something enchanting. Once you park the car, you seem to end up in a traditional village. In general, such places are focused on tourism, as are many hotspots, but Casares still has sufficient authenticity.

Since 1978, Casares has been a historic heritage village and is protected. That means that the old buildings can not be changed radically. The origins of the town date back as much as Roman times and according to the stories, Julius Caesar himself ordered the assignment of its construction. Caesar had apparently visited the area at the time to cure liver complaints. When he visited the Baths of La Hedionda, and he miraculously healed enough, he wanted to show his gratitude and then he had Casares built. 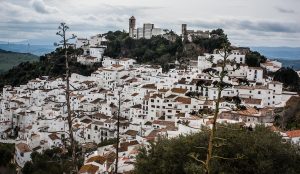 Casares is located on a hill, about 15 kilometers from the coast. The area is beautiful, so it is certainly worthwhile to also view nature outside the city. Cars can not be parked in the city itself, but just outside it. From there it is very easy to take a walk through the narrow streets.

Property deals in Casares and region

The Costa del Sol is obviously one of the most popular areas when it comes to purchasing a second home. Several complexes are already being planned in the vicinity of the village. These are the typical residential complexes aimed at investors of a second or holiday home: comfortable developments with swimming pools, beautiful gardens, golf courses in the vicinity and all the luxury and comfort that one could wish for. Such urbanisations belong to the municipality of Casares, although these names are known as Casares del Mar, Bahia de Casares and Marina de Casares. In general, these are also closer to the city. 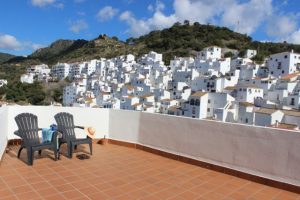 Casares view from a ‘new’ house

Nevertheless, we also see that several old white buildings have been completely renovated and there are several houses on the market here. Especially for fans of a characteristic house, this may be interesting.