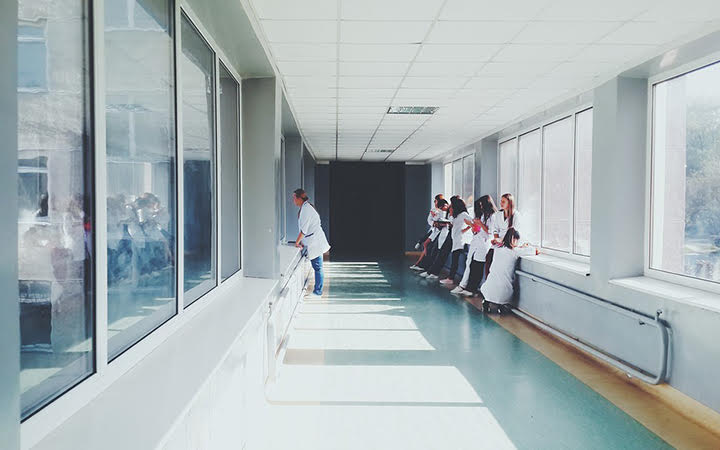 Healthcare and health insurance in Spain

Since years it has been widely known that the healthcare system in Spain is of high quality. Looking at the world ranking of 2019, Spain is in tenth place, just one spot behind The Netherlands. This means that you can easily compare the level of healthcare in these countries. And those who are familiar with the Dutch healthcare system, know that the Spanish do not have to worry about anything.

In The Netherlands, tax is paid and due to the Dutch health insurance law, an income-dependent contribution is paid by the employer (6,95%) or social insurance agency (5,70%). Furthermore, the Dutch choose a health insurance company and that has to be paid for by themselves. In Spain, there is the Instituto Nacional de la Seguridad Social (INSS), called Seguridad Social; the Spanish National Institute for Social Security. This includes social rights such as retirement pension, unemployment insurance, disability insurance and public health care. Different than in The Netherlands, citizens do not choose an insurance company. There is only the income-dependent contribution that is paid to the Spanish government by the citizens themselves.

This bounty that has to be paid is paid through an automatic retention of the salary, retirement fee or allowance. This means that unemployed people and citizens without a retirement pension are not entitled to have public healthcare. They could consider a private health insurance. For self-employed citizens it is possible to be part of the public health system. They are responsible themselves for paying the fee by registering at the social insurance agency.

Services that are part of the Seguridad Social are for instance:

Dutch people that live in Spain permanently, enjoy the same benefits and duties as the Spanish. When receiving salary or a Spanish allowance, insurance premium is paid to the Seguridad Social. However, when people receive allowance or retirement pension from the Netherlands, the 5,70% is already held by the Dutch state, due to the health insurance law.

However, de costs of medical care are different in each country. Healthcare is cheaper in Spain than in The Netherlands, so a calculation is made so the contribution will be lower. Used for this is the country of residence factor, for 2019 in Spain set to 0,4001. The amount of money that is normally held by the state, is multiplied with the country of residence factor. In the case of Spain this means that the held amount by the Dutch government is almost 60% lower. This money will eventually be paid to Spain, because they offer healthcare to the Dutch allowance receiver living in Spain.

Non-permanent residents of Spain will be offered healthcare when they possess Dutch health insurance and the accompanying European Health Insurance Card (EHIC). This is always the case for emergency care. For plannable care, the Dutch will probably be referred to The Netherlands and sometimes Spanish hospitals that have contracts with certain health insurance companies.

A concept that is relatively unknown in The Netherlands is the difference between private and public healthcare authorities. Spanish citizens automatically have the right to receive public healthcare and to visit public hospitals. However, due to budget cuts, the waiting lists for treatments have increased. Patients need to wait at least one year for many treatments.

This caused the fame of private clinics. Without waiting lists and highly qualified doctors, these clinics are popular. A lot of doctors have good command of English and sometimes even Dutch, which is why many internationals go here. These private hospitals and clinics are accessible with an additional private health insurance.

When thinking about healthcare in Spain, the first thing that comes to mind is the green crosses in the streets. The Spanish are really fond of using medication and you can find many pharmacies in the streets. A lot of medication is available without prescription, especially antibiotics and anti-inflammatory drugs. Medication is cheaper in Spain, because the major part is paid for by the state. Above 65 years the Spanish only pay 10% of the medication, until 65 years they pay in between 40% and 60%, depending the income.

The budget cuts of the Spanish healthcare system resulted in more than just increased popularity of private hospitals. The waiting list also resulted in the fact that many patients are not cured. Elderly people could wait for more than a year on a waiting list and die during this process, without ever receiving help. There are many situations in which patients do not receive, or receive bad care.

To prevent situations like these, a lot of Dutch people emigrate back when they are older. Looking at the future and possible sickness, they move back. After they move back, when they are registered at a health insurance company, they have the immediate right to receive care in The Netherlands again.